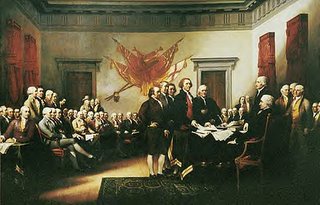 The Blowhard would like to wish all of you a very happy and safe July 4th, and remember, no matter what the left-wing America haters say, it's still okay to wave a flag and love your country. We are still the greatest country in the world, and to those who say the world hates us: why are so many from around the world coming here, and how come we don't see many leaving?
Posted by blogger at 12:52 PM No comments:

For Baseball Fans Only: A Great Site 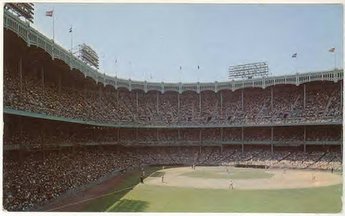 One of my favorite sites on the internet is www.thedeadballera.com. Enjoy!
Posted by blogger at 5:14 AM No comments:

Immigrant Tales From The City 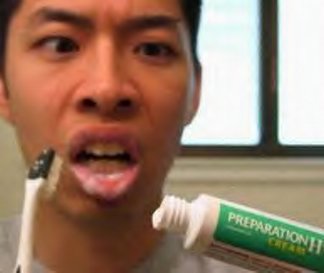 It's almost official now: after an incident that occured yesterday, the Blowhard will be looking for a new place to live. The Third World has now infected a once great neighborhood in Brooklyn, and now it's time for greener pastures. What happened yesterday? Here goes. Ever since the six family apartment building next door was sold to off the boat Chinese immigrants, strange things have been happening. Taking a six family building and cramming 20 or more families into it is a common practice these days, and so is converting basements to illegal apartments is the norm. One small building could have over a hundred residents, and what does the NYC Department Of Buildings do about it(besides taking bribes?)? NOTHING. People are living like cattle, and owners are being paid thousands from the illegal tenants. There is activity 24/7 next door, and all through the night people are sitting outside, smoking, drink tea and screaming in their awful language into their cell phones. The police have been here dozens of times, and luckily, it's been quiet lately. However, many of the basements not only house illegals, but they operate businesses, mainly mini-sweatshops, and they get away with it. It's a disgrace, and Mayor Bloomberg should be impeached for looking the other way, as if he's a proponent of cheap and exploited labor. Now back to my revulsion. Yesterday afternoon I stepped outside and said hi to two of my neighbors: both female, both young(in their 30's), one with an infant. They were shooting the breeze on the front steps, (what we commonly call "the stoop" in Brooklyn), and I went to retrieve my mail in the first floor hallway. About two minutes later, after returning to my apartment, I heard a scream. It was a scream that shook the building, a scream that shook yours truly. I grabbed my Louisville Slugger and ran outside, ready to swing for the fences on some bastards face, and I was shocked to learn what had happened: the Chinese Super next door was putting out her garbage cans and a giant rat ran out of one of her garbage cans! A fucking rat! In all of my years living in Bay Ridge and Sunset Park, I never saw a rat! Rats are for Bed-Stuy, or Brownsville, but not here! Even worse, as my two neighbors fled the scene, the Chinese woman just stood there, as if nothing was wrong. That's right, this Third World savage didn't even flinch. After checking on the girls, who were both pale with dread, I called the NYC number 311 to report this disgusting incident. In fact, I called again today, and I'll probably call again later today. God knows what's in that basement next door, and I'll be damned if I tolerate this shit. This is just another great example of how illegal immigration is turning this once great city into a Third World hellhole, and pretty soon the impoverished, shit eating, street living citizens of India will be laughing at us, we are doomed if we don't stop the madness. I won't hold my breath.
Posted by blogger at 12:39 AM No comments:

From The Cheap Seats... 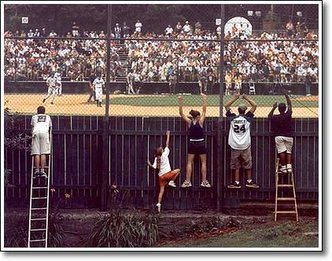 As long as scumbag Jim Dolan and the rest of his Cablevision toadies(this means you, Isiah!) run the Knicks, there will never be quality professional basketball in New York. No, I won't be jumping ship and hopping on the Brooklyn-bound Net's bandwagon, I have too much loyalty, and also great memories with Willis, Clyde, The Pearl and so many others. Dolan must sell, ASAP!

I have great respect for this season's New York Mets team, but please, Mets fans, stop the comparisons of David Wright to A-Rod. Wright is a great talent, but jeez, you guys make it sound like he walks on water. Say what you want about A-Rod, but please, look at his numbers, okay?

It's late June, and already I have a sick feeling about the Jets going into camp with Pennington and Ramsay at Quarterback. Can someone get Glenn Foley on the phone? How about Babe Parilli?

I knew the Heat were gonna win, and I based that on great coaching, defense, a dominant center and a rising young star. It makes you wonder how many titles the Knicks would have had if Patrick Ewing played along a stud like Wade. Just wondering.

The American League has been dominant in interleague play so far this season, but the National League is still the better league. Why? Until the American League drops that softball league DH, they are not playing real baseball.

I've been following the World Cup, and right after the American team lost to Ghana, I channel surfed and came across the news on Spanish TV. There I saw a happy citizen of Ghana dancing and celebrating in a thong. Unlike the cute little hineys of the Brazilian women, I saw a 300 lb. guy resembling Mighty Joe Young. Oh, the humanity! And just for the record, I predict a Germany-Brazil final, Germany winning 3-2.

I still feel bad for the fine citizens of Edmonton, who's Oilers lost the Stanley Cup to, of all places, Carolina. Must have been some huge celebration, right? I say F-them, move back to Hartford where they belong. There are still Whaler fans, right?


I find it amazing that my Bronx Bombers are still in the thick of things with so many injuries. This should be a fun summer, and yes, I am looking over my shoulder at those much improved Blue Jays. My friend Gvac thinks that his Reds are for real this season, and I agree. Now only if he would stop wanking to that poster of Cesar Geronimo over his bed.

That's all for now, see you at Keyspan Park in Coney Island for a Cyclones game. As usual, I'll be at Nathan's, inhaling food and enjoying entertaining baseball.
Posted by blogger at 11:59 PM No comments: 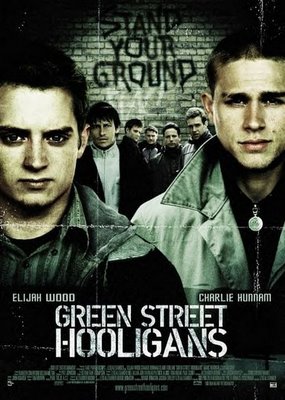 Yes, I'm sure you've noticed that I deleted my blog archive AGAIN, and that I'm back earlier than expected, but I figured that since it's World Cup time, it's a perfect time to tell you about a nice little football(not soccer!) film "Green Street Hooligans".(aka "Hooligans") Elijah Wood stars as a wrongly expelled Harvard student who decides to visit his sister, married and living in the East End of London. Wood eventually finds himself involved with a "firm", a nice word for an English football gang, and that's when things get interesting. If you want a taste of the fervor and fanaticism of English football, break out the Bass Ale, munch out on some toad in the hole and enjoy this entertaining but extremely violent flick.

And speaking of The World Cup: Yes, the USA was robbed in the Italy game and yes, that was a horrible penalty kick call against Ghana but let's face it, the team was not prepared and blew their chances against the Czechs. I'm still picking the Germans to win but my heart's with Sweden for now. Skol baby.
Posted by blogger at 2:37 AM No comments: 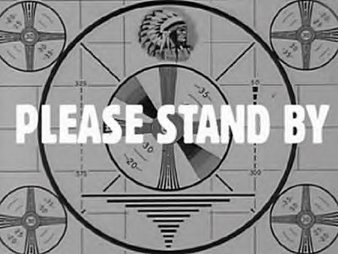 The Blowhard is taking a break from this blogging stuff, so please stand by and check back in a couple of weeks when the bloviating resumes. Thank you.
Posted by blogger at 4:06 AM No comments:

I'm taking a short break from the bloviating and I will be back in a few weeks. Stay cool.
Posted by blogger at 1:51 AM No comments: